Furhat is a social robot for every situation 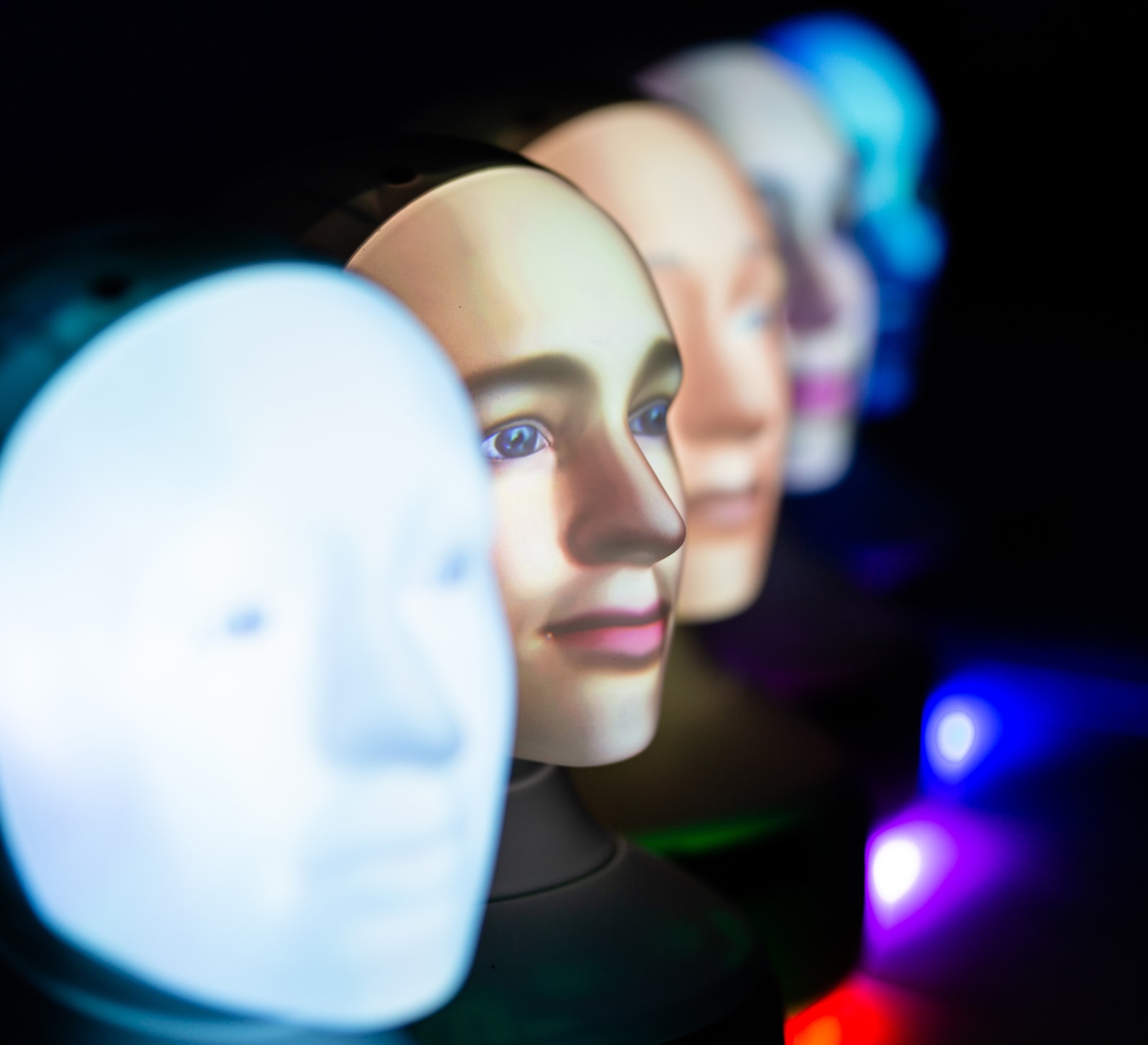 Earlier this month, Furhat Robotics launched its face-swapping social robot after many years of development and prototyping, which began at the Royal Institute of Technology in Stockholm, Sweden. Unlike the majority of robots, Furhat isn't built with any particular purpose in mind. In fact, that's the whole point. The disembodied bust can look and sound like all kinds of different, virtual people; it can take on any number of personalities. It's pitched as a new type of computer interface — more engaging and understanding than any screen or smart speaker or AI chatbot. And as CEO Samer Al Moubayed puts it, Furhat isn't a replacement for people, but an answer to the absence of robots. 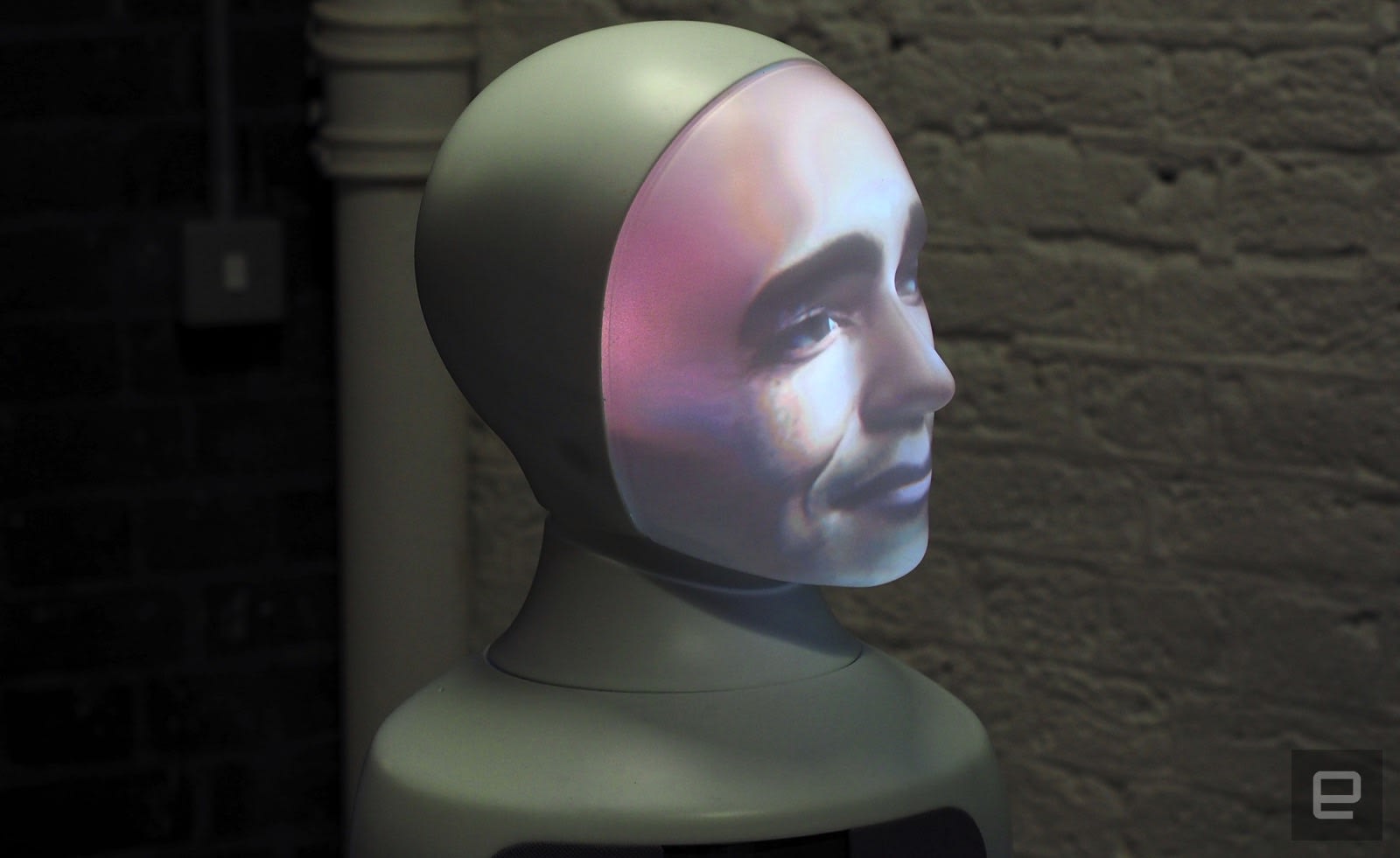 Rather than being an actual robot, Furhat is something that robots are built on top of. The front end is the bust itself. A projection system beams faces on to an opaque mask, while a neck with three degrees of freedom allows for smooth, natural head movement. Cameras and microphones do the observing; speakers do the talking. The back end is basically an operating system that manages a sort of base-level intelligence. Furhat constantly monitors the faces (their position and expressions) of people in front of it. By understanding where you're looking and how you're standing, it knows when it's being spoken to and when to shut up and listen to the conversation happening around it.

This humanesque approach to observation is key to the idea of social robots. Instead of being a question-and-answer machine like a smart speaker/assistant, it is aware of, and can react to, much more complex environments and situations. It's on top of this operating system, which turns raw input into contextual data, that developers can plug in their specific robot personalities. There is a bunch of developer tools already available to support third parties in creating these, as you'd expect with something that's billed as a platform rather than a piece of hardware with a specific-use case. These include a wide selection of different, pre-licensed voices in many languages, and stock faces of various ages and ethnicities (as well as characters like a dog with droopy jowls). Then there's the more complicated stuff like AI natural-language processing and tools for coordinating head movements and facial expressions. 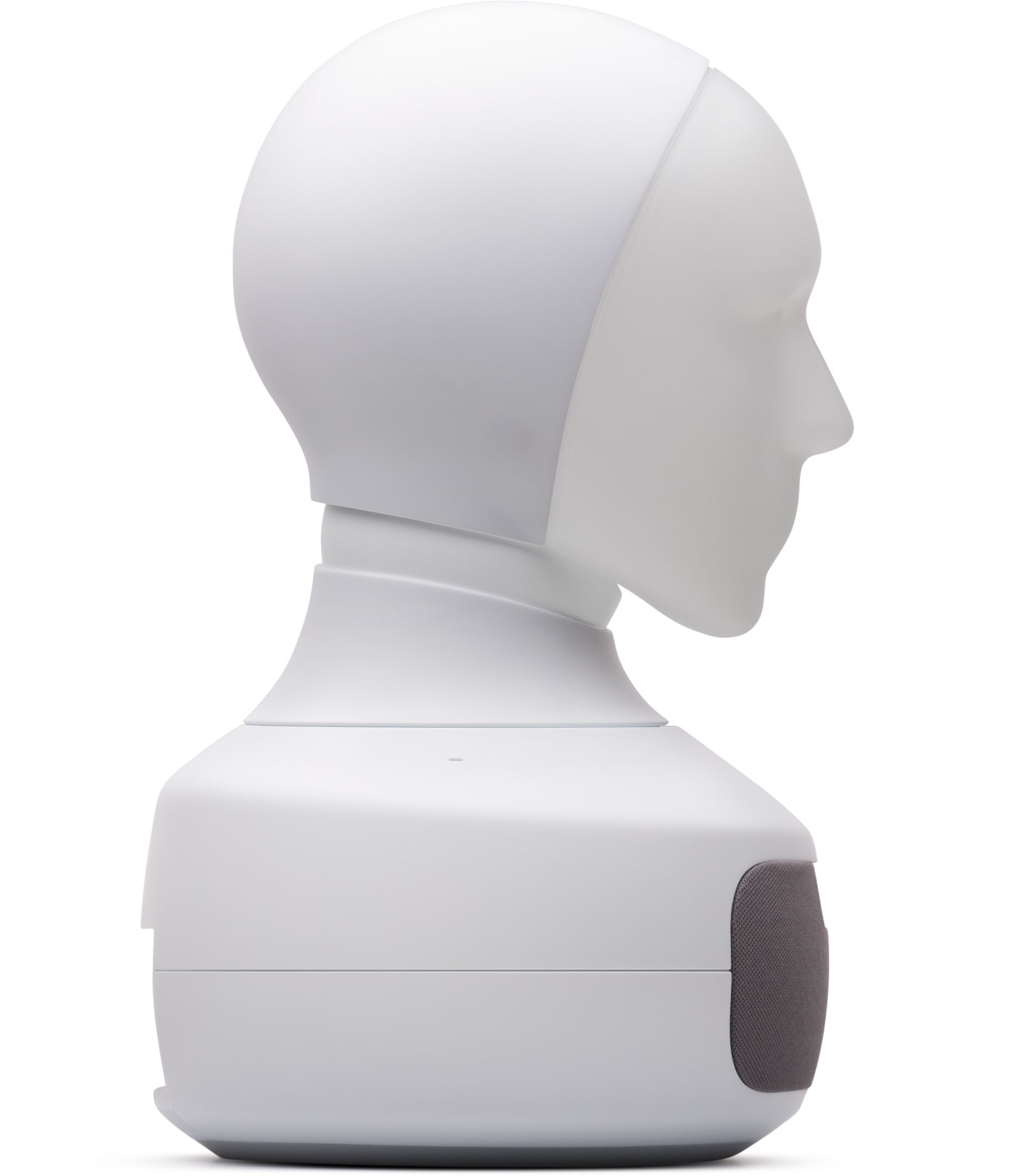 Sitting in a room with one of these animated busts, it's interesting how you process its presence. It doesn't have that unnerving, Uncanny Valley vibe, nor does it look quite like the metallic, humanoid robots of pop culture. Even in its idle state, the head looks around the room, tilting its head occasionally in almost a naive, puppy-like manner. Its eyes flit side to side and it blinks; the corners of its mouth twitch and eyebrows move in the same unconscious way a person's would. The psychology of it is fascinating: how putting a face and neck on a computer makes it inherently more relatable. It looks kind of like the Sonny from I, Robot, if Sonny were able to assume more lifelike qualities of ethnicity, age and gender. Not too cute to be considered a toy, but not realistic enough to be creepy or sinister.

Furhat isn't your classic, unproven chicken-and-egg startup with a hardware platform and a hope that developers will make use of it. During the many years of development, the company's attracted various partners. Merck is turning Furhat into a rehabilitation tool for multiple sclerosis sufferers, KMPG is training it to dispense financial advice and Honda thinks it could help the elderly interact with smart homes. It's also attracted the interest of Disney and Intel.

Teaming up with Deutsche Bahn, Furhat created a multilingual concierge that's manning a desk at Germany's Frankfurt Airport. An employment agency in Sweden is preparing people for job interviews using Furhat, and, in a few schools in Stockholm, it's a teaching assistant. Rabobank in The Netherlands is using Furhat to train staff on how to have difficult, sensitive conversations like turning someone down for a loan. It can pretend to be angry or upset, placing the agent in a range of emotional scenarios. A recruitment firm is about to start conducting onboarding interviews through Furhat, removing any potential biases the human element might introduce.

Psychologists at Stockholm University are creating a robot personality that exhibits signs of depression to fill the training gap between reading books and actually coming across a depressed patient in a real clinical scenario. Furhat itself developed a character with early stage Alzheimer's that can be forgetful and repetitive to show the initial signs of dementia.

In a sense, the company and its partners are already showing how versatile the robot bust can be. The idea now is that you don't need to be a big firm or institution. Anyone can inquire about leasing or buying the hardware and develop their own.