It has become a pretty common occurrence to spot Google Street Cars driving down a block to gather locational information for Google Maps, but now these vehicles are also collecting air quality data at every stop they make.

Usually, pollution is measured at a city level, and rarely collected “block by block, hour by hour and day to day,” Karin Tuxen-Bettman, a program manager at Google Earth Outreach, wrote in a blog post announcing the campaign.

So to better understand the true scope of air pollution in both urban and rural areas, the cars have driven 100,000 miles in 4,000 hours to collect levels in the Golden State. To do this accurately, they were equipped with air quality sensors by Aclima, a sustainable sensor network company, which measured the pollutants nitrogen dioxide, nitric oxide, ozone, black carbon, particulate matter, and methane.

The search engine giant released that footage recently showing the effects of nitrogen dioxide, a gas commonly found in tailpipe emissions and factories which can create a dangerous smog that is harmful to the general public. California is no stranger to extreme levels of traffic, refiners, power plants and other commercial processes; therefore the stats weren’t great.

Over a three month period, our Street View cars mapped air quality in different areas of Los Angeles, ranging from urban to residential, inland to the Pacific Ocean, and areas near major freeways, ports, or refineries.The measurements indicate that traffic-choked freeways, traffic on local streets, and weather patterns that blow pollution inland all influence the patterns of air pollution," says Google.

They also discovered that there are multiple reasons for air toxicity, weather conditions and topography contribute by trapping air pollution between places like the west coast and the Sierra Nevada mountains. This results in a chronic ozone and particulate matter levels that exceed public health standards.

Google has created an additional page where scientists and researchers can request access to the one billion air quality points they’ve accumulated. 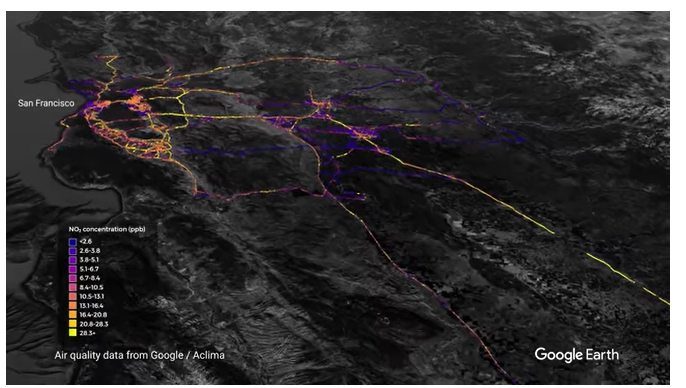 At this early stage of our experimental project, our goal is to make this data as accessible as possible to help the scientific and academic communities," the page states. "However, we may use some discretion as to its wide distribution in order to safeguard against misinterpretation of data analysis and interpretation.”

The end goal of this ongoing campaign is to help build more sustainable cities, reduce the impact of greenhouse gases and overall improve air quality so that residents can live longer healthier lives. 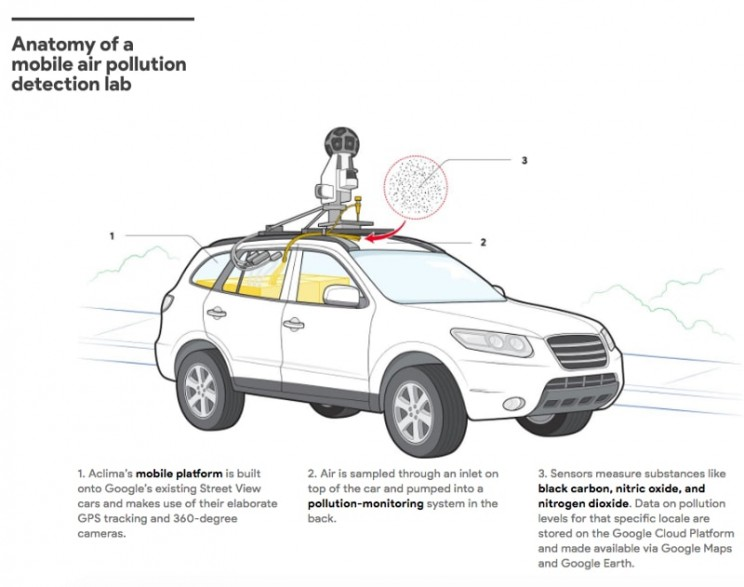 “The hyperlocal air quality data made possible by our mobile platform will transform the way we make decisions about when to go for a run, which route we take to work, or how to prevent exposure to harmful air pollutants,” writes Aclima on their website.